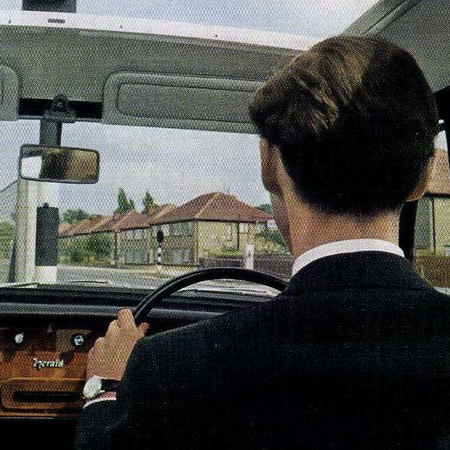 Sooo what does £2700 buy you nowadays? Turns out you can get an MOT'd 1974 Dolomite Sprint that need some attention.

Body wise she's in pretty good nick really (for the money). Some the drivers floor and boot floor will need welding. Bubbling of the arches and door bottoms too. But they aren't as crunchy as they look. I'll get a video walk around at some point soon as it's easier to show. Nothing as bad as some on here thought it may be!

Interior is grubby but all there. Brinylon seats are thin and the drivers seat is torn on the front vinyl. Drivers seat needs padding sorting. All complete though. Has a Webasto!

Mechanically she needs attention.
- Brakes stop the car but don't do it straight. I think it's a seized pot in the caliper. £90 for a pair of refurbished calipers from the Dolly club.
- Accelerator is very stiff. Probably just old cable and/or pedal bushing needs cleaning out.
- Clutch pedal is a bit binary. Last owner bled it recently and apparently that helped. I reckon either master or slave seals knackered. Or both.
- Diff whines. It's been doing it before the owner has owned it. I've got a replacement (unknown) diff and gearbox to collect from the seller which were part of the deal.
- When you let off the power it goes all a bit squirrelly. Worse at speed. Probably/hopefully just bushings that are knackered. Or if the diff, then the replacement diff hopefully will help fix.
- Drivers side tyre is labeled "Remoulded Tyre - Made in Great Britain". Yeah it probably needs sorting. When the last owner stuck some new Kuhmo tyres on it a year or so ago, it was found that the drivers side had a weird insert on one of the holes. So instead of running on three bolts, he stuck the spare on. Replacement Sprint alloys are cheap though and tyres are like 50quid fitted.

Now for the big one. When I went out with the guy and before I bought it, it was running ok. A bit missfirey but the dizzy cap is old. Very slight grumble, but thought it was the diff. Well on the drive back, the grumble has got more severe. When I got back, I could feel thump, thump, thumping through the floor. No worry (oil) gauge so don't know what pressure it's reading. Oil light hasn't flickered. However I'm a bit concerned it might be bottom end...

So I'm happy with the price of mine. Really rather worried about the grumbling though. Yes it can be rebuilt but house move is back on, so I don't have the time nor funds to do something like that just yet. I was hoping to enjoy it over the remaining summer. We will have to see.
Top

Some more pictures before I loose all sunlight. 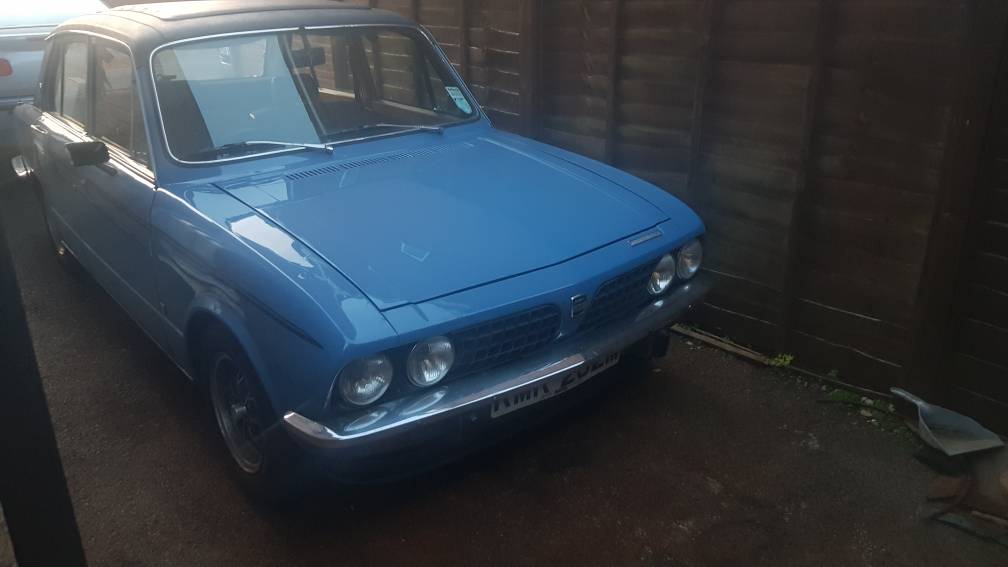 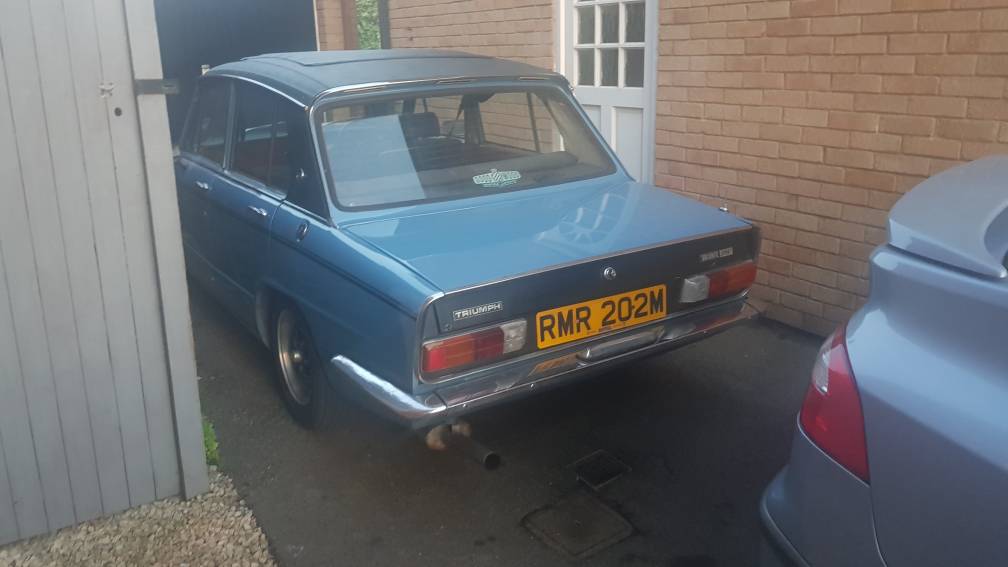 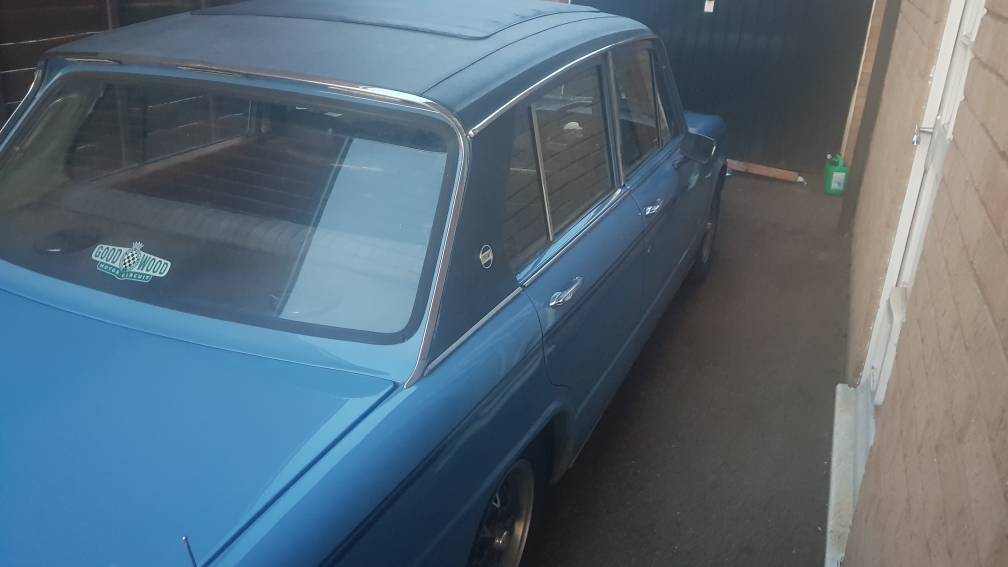 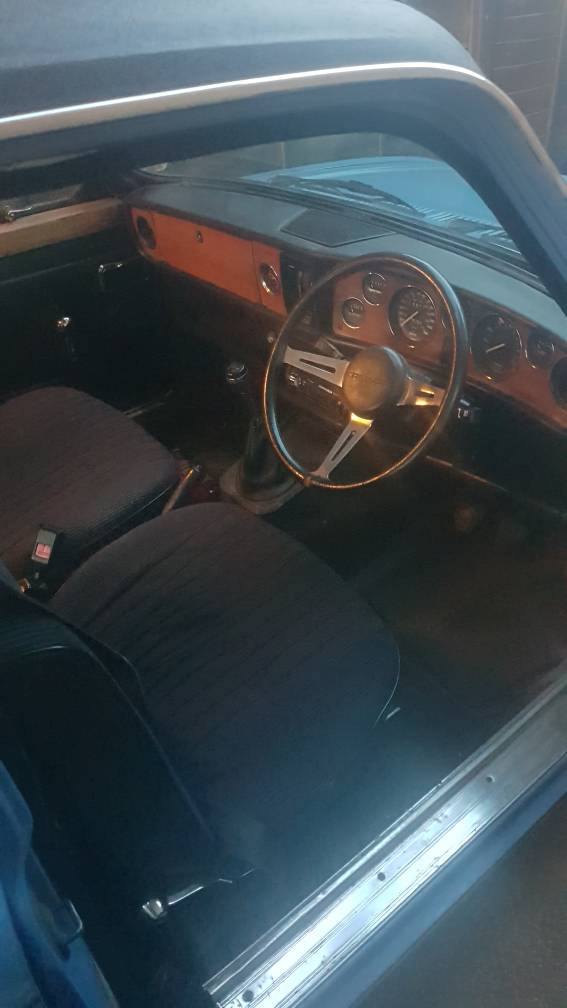 Boot full of spares and bits + pieces too! 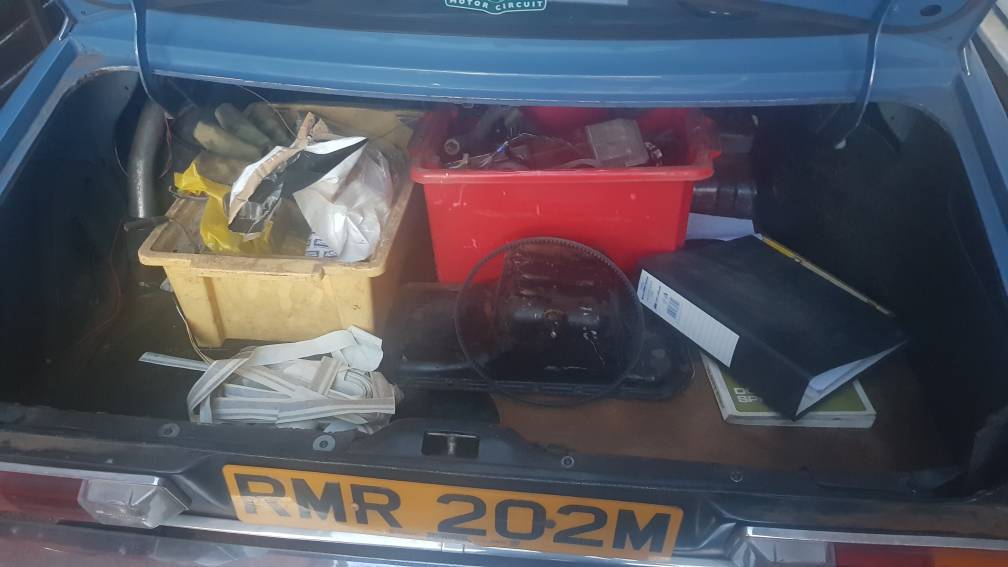 And this is reason why I bought it 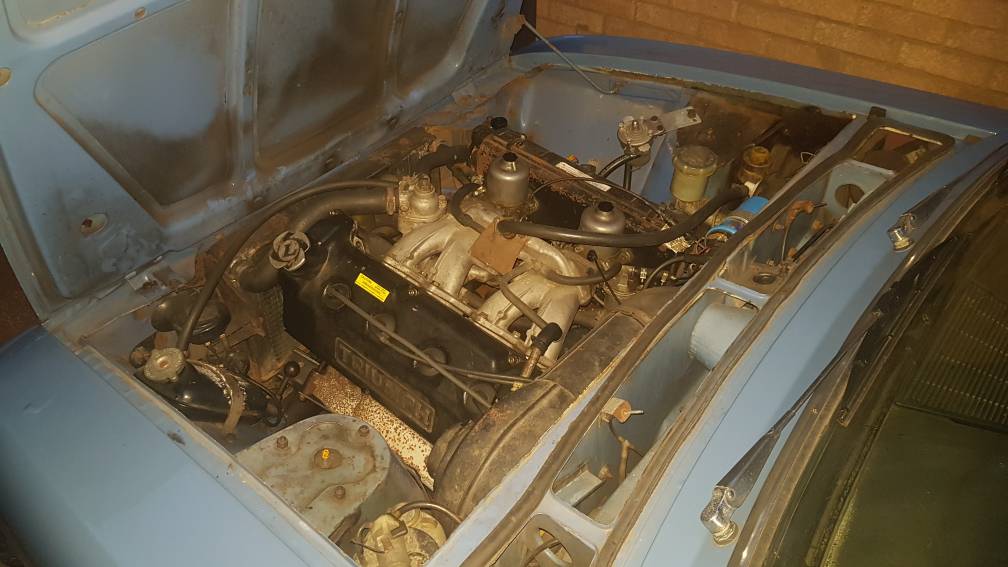 Hope to hear of good-er news on the rumble, but seems a decent buy for the money.
There's a great long bar in Rock & Roll heaven.......
Top 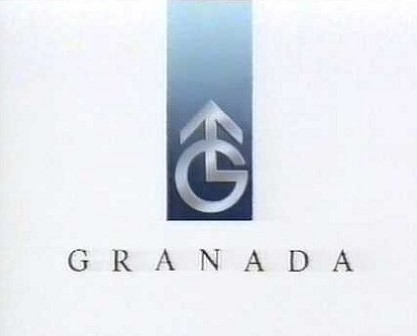 First in line when you sell, lol. That's ace.
Watch for pedestrians...
Top

Could be a prop UJ if it was related to lifting off or applying power.
Self-appointed Internet God
Top