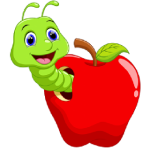 My grandfather had a RHD 1948 Buick Roadmaster, the larger version of this car. He had ordered a Cadillac on the eve of the war but the war intervened so he didn't get it. It took him until 1948 to get the foreign currency and when he did they couldn't supply him with a Cadillac for some reason, so he bought the Roadmaster. It was (IIRC) cream and turquoise and attracted a lot of attention when it was new. When he picked it up he was followed for miles by a policeman on a motorcycle. Eventually he stopped him because he wanted a closer look at the car. Different times.
I never saw the car but I remember him saying it was so silent at idle you could only tell it was running by the instruments. My grandfather loved the Buick and kept it close on 30 years. Many other cars came and went in that time.
Top

Was the Roadmaster the one with the chrome circles on the sides of the wings? as mentioned in Stephen King's 'From a Buick 8'?
Self-appointed Internet God
Top

What a nice story. Aye, the Roadmasters had 4 portholes and all other models had 3, until eventually in the late Fifties all models got 4, which angered quite a few Roadmaster owners.
Squire Dawson
Top

There was something in that book about a different number of portholes on each side, I can't remember what though as I've not read it for years.
Self-appointed Internet God
Top

I hope that's a finger
Top

I hope that's a finger

Bet it's not
Top

See, it says so on the back

That would go nice with my Cowley....Pretty sure they were from the same dealership when new and about the same time.
South's gonna rise again.....
Top

Yes it possibly would. The headlight peaks certainly finish it off nicely for me.

Mrs SiC has been watching a fair bit of The Crown on Netflix recently. Not usually my cup of tea but I've been enjoying it too. It has made me kinda want a pre-60s British car. That seven hundred quid Oxford near me is so very tempting. Just no god damn room to take it on.

Possibly would be the kind of old car that would finally get the thumbs up from my other half. If it's in an acceptable colour to her that is. I wish she'd drive them though.
Top

But for some reason wont let me link it